Continuing from my previous 2 posts (Black & White Photos From Pathhead, Kirkcaldy – Part 1 and Part 2), here are the final few photos taken in Kirkcaldy, from the old Nairn Linoleum Works, Kirkcaldy Harbour, and the return up to Pathhead.

The first photo shows the large metal floor supports for part of what was the Nairn Linoleum factory. This area is now an open air car park for the Adam Smith College. 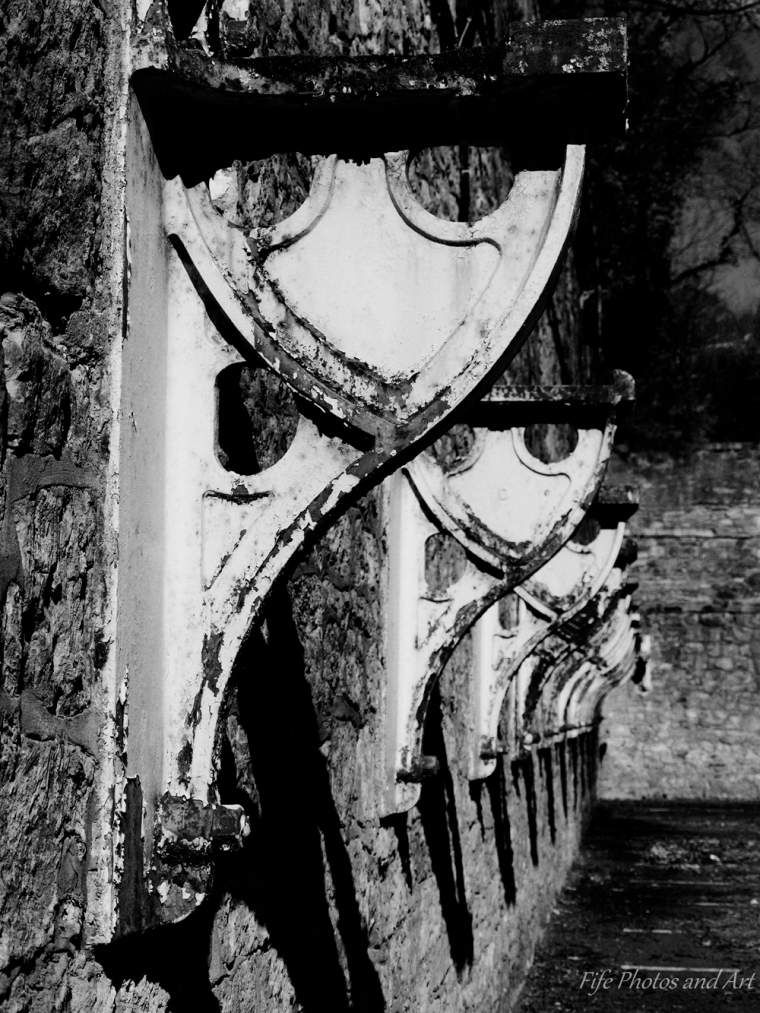 The second photo shows a couple of small fishing boats in the now almost unused Kirkcaldy Harbour. The harbour is thought to have first been in use as early as the beginning of the 16th century, with boats trading with the Baltic countries, and bringing back grain and continental beers. Shipbuilding also took place here, from the early 1600s. Kirkcaldy Harbour is now used by a few small fishing boats and yachts, and the occasional small grain ship transporting wheat into the nearby Hutchinson’s/Carr’s flour mill, and flour out of the site. 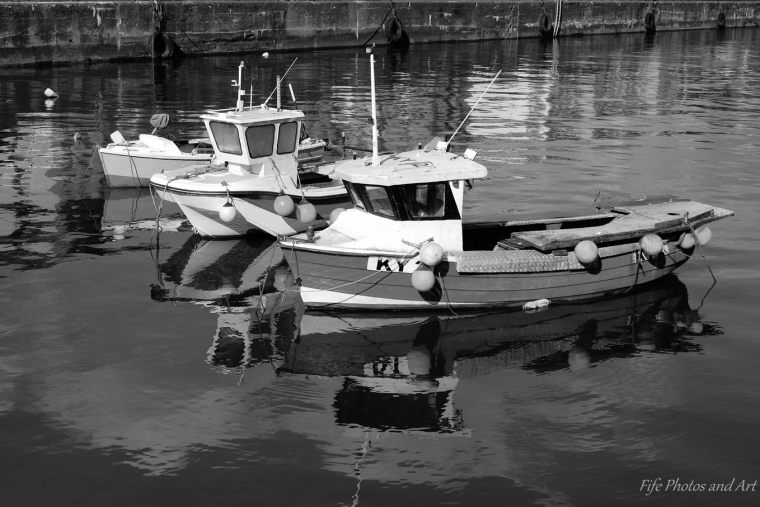 The final two black & white photographs show the Pathhead Mid Street Development, three tower blocks built in the mid 1960s, and the final photo shows the tower blocks with the Pathhead Medical Centre in the foreground. This much older building was formerly known as Dunnikier House, and was originally built in 1692 following the marriage of John Watson to Euphan Orrock. A number of monograms of ‘IW’s and ‘EO’s have been recorded in and around the building. (Note – the present Dunnikier House (built in 1790) is now a hotel, and lies on the northern edge of Kirkcaldy). Some alterations were made to the building in 1891, when the house became the Manse for Dunnikier Church, and in 1979, the name was changed to Path House, following restoration by the Fife Health Board, and a change of use to a health centre. 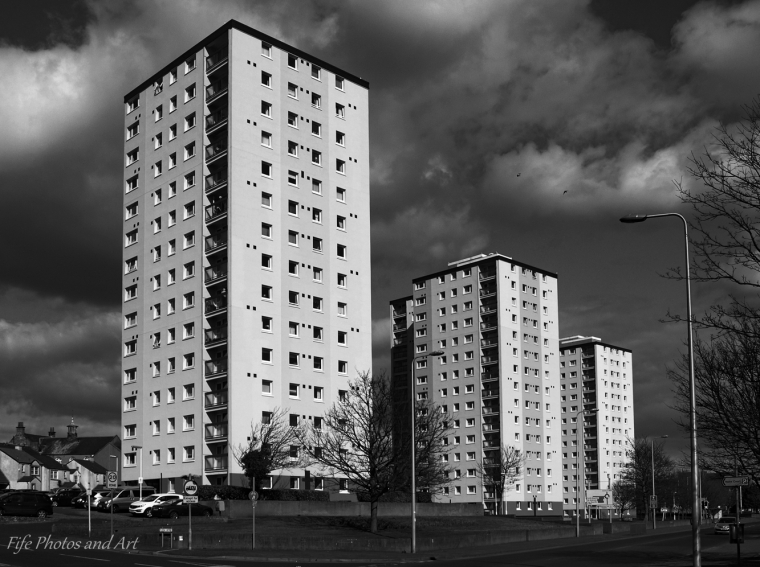 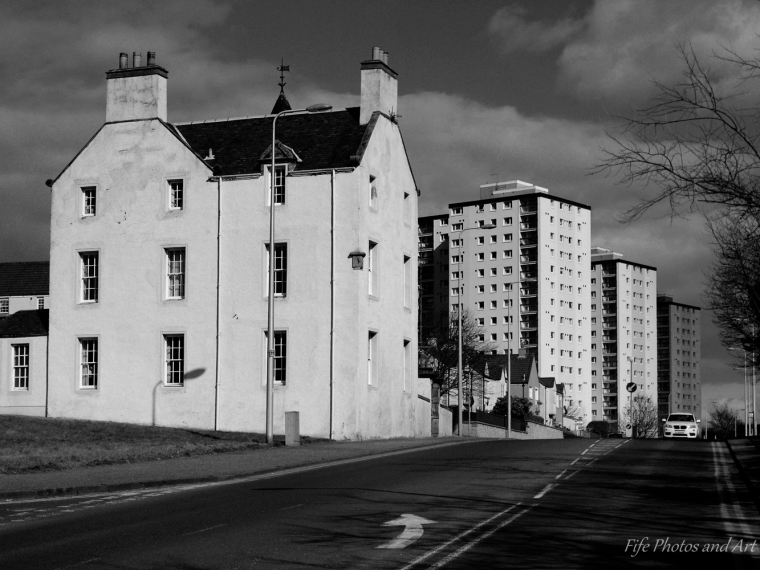