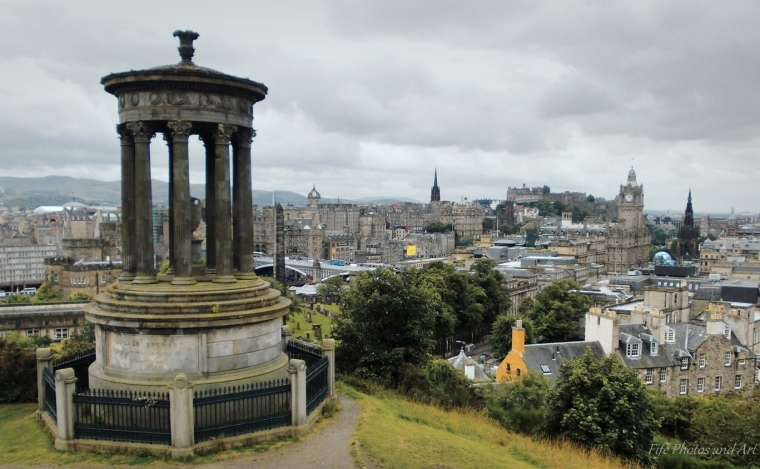 View from Calton Hill in Edinburgh, with the Dugald Stewart Monument in the foreground, and Edinburgh Castle, the Balmoral Hotel (and clock tower), and the Scott monument in the background.

Dugald Stewart (1753-1828) was a professor at the University of Edinburgh, holding the chair of moral philosophy from 1786 until his death in June 1828. Among Stewart’s pupils were Lord Palmerston, Sir Walter Scott, Francis Jeffrey, Henry Thomas Cockburn, Francis Horner, Sydney Smith, John William Ward, Lord Brougham, Dr. Thomas Brown, James Mill, Sir James Mackintosh and Sir Archibald Alison, all of whom were to become leading figures in their respective fields, not just in Scotland, but throughout the world.

Following his death, the Royal Society of Edinburgh commissioned the building of the monument, which was completed in Aug 1831.